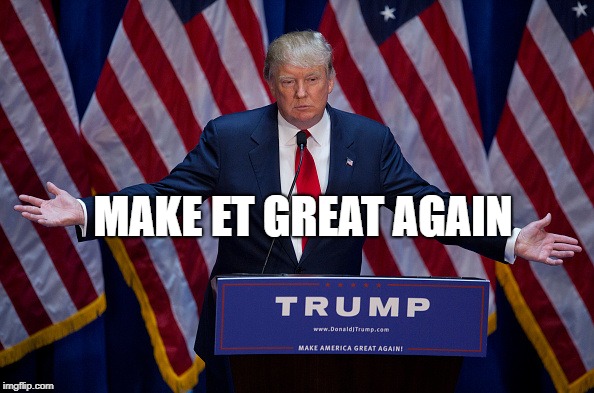 We all remember spending hours to set up next level tactics. The excitement before playing an official match. That moment before the game sending SMS to that guy who’s always late while the enemy team looks at the clock to get the forfeit win. We also remember warming up our hands during a cold winter or washing our hands during summer time not to start a game with sweaty hands.

Do or die trying

I see a lot of people whether it’s on YouTube, Reddit, Twitter, all these new social media that people seem to use a lot nowadays, saying they miss Wolfenstein: Enemy Territory and asking whether it’s dead or not. It’s surely not as active as it used to be but we’re still here.

I have a couple of ideas in my mind to bring back some more activity but your opinion is also more than welcome!

ClanBase, ESL and (if I’m not mistaking) Cybergamer stopping to host any tournaments killed the competitive scene. We still have some One Day Cups from time to time but it brings not so much in terms of activity. This is an important aspect of the game cause most of us are competitors. We’re here for the great plays but not only. We look for something in ET that we cannot find in any other game: SKILL. That also means we need an anti-cheat software…

Of course, having news on crossfire is a good thing but it’s for “the elite”. I think Wolfensetin: ET needs to go with the trend beside being an old game. We need to gain visibility to let the retired/old gamers know that we’re still around and it’s still possible to play. Activity won’t magically appear. You can count on me to use my spamming skills for good this time eheheh (I’ve already started). This way, we could even attract new players and why not have some teams come back!

Nobody wants to wait for hours to find a game. Most of the games nowadays have enough activity to play within the next couple of minutes. Can you imagine waiting an hour to play a 1hour game? Unless you don’t value time, nobody wants this. Some of us still use irc(?) some others discord… Let’s get our sh1t together and use a single platform known from all ETPlayers.

Let’s be honest, for many players installing Wolfenstein: Enemy Territory is a pain in the a$$. One of the main reason being that the game is old and graphic cards / CPU never stop improving making our game obsolete in this regard. I’m sure someone in here is gifted enough to make a good launcher.

I’m always surprised by the amount of work ETPlayers put without expecting anything in exchange. They just do it for the love of the game. Nevertheless, cash prize will surely bring some top players back. I already see you coming: “LOL WHO WOULD LIKE TO PUT MONEY IN AN OLD GAME”. You’re somehow right, but please explain me why in 2018 some kids still play low graphics games like Minecraft? I don’t think the game itself is the problem but rather the support from the developers. If you look at Dota, it survived throughout the years, same for CS, same for Starcraft thanks to the support. If you’re still skeptical about the graphics part, we now have ET:LEGACY that can bring a bit of freshness and make Wolfenstein: ET look better!

Even if we are a bunch of retards, we are one of the oldest gaming community. Big companies don’t want to disappoint the ones who always backed them up. The one who are somehow responsible for their success and technological improvements. The ones who spent YEARS using their products

Since the game is now a freeware, it means we have access to the code. You don’t need to be Einstein to understand that a part of the money from today’s games come from the players themselves. What about creating some exclusive content? Maybe some weapon skins like in CS:GO or having the logo #follow.et with a couple e-medals on your e-jacket? Of course, we need to make it in a way that nobody can have them except the one who put a couple of bucks in the game. Just a suggestion…

If you read everything until here and forgave my englando, congratz! I gave you my insight and (I hope), gave you some solutions to our problems. If you think something is missing, if you have some concerns, please write them down below or pm me.

I, LeFrancis, am definitely willing to put effort into bringing the best FPS “Wolfenstein: Enemy Territory” back to life. However, I won’t be able to do everything on my own. We need to play it smart and as a team. “v23!”

Moviemakers, shoutcasters, e-journalists, admins, streamers, ETPlayers and even n00bs! This is a call to arms! Together, we will make ET great again!

I will edit the lists below with people who would like to take part in this project! Let me know!

Once I consider we have enough nerds in each category. We will gather and take action. Please don’t apply if you don’t have ~3 hours/week to share.

Passionately yours,
LeFrancis – An enthusiastic player

Owning noobs during the day, cklubbing with the ladies at night. I'm pro at life.